Since ‘PK’ released people haven’t been able to stop talking about it. Enough has been said about the genius of the movie, about its creation of a protagonist who responds to religious and social structures not with aggression but with a wondering innocence. It asserts that while God created man, man has recreated God for personal gains. The outsider’s perspective that PK provides is invaluable because we are too embedded in the structure to question it like PK does. What becomes the crux of the movie is an appeal to logic and faith in love. The discussion about religion occupies a subterranean level as the movie addresses the need to prioritize rational thought above and beyond the interpretive authorities that govern our understanding of religion. But, the movie in an attempt to do that dilutes its attempt to subvert the normative and offers means to manipulate the structures of the society rather than destructing them.

This is apparent in the way PK himself gets inserted in the social norms. While in the beginning of the movie he wears a coat and shirt with a ghagra, as the movie approaches the end we see him donning strictly ‘male’ clothing. He realizes that if he wants to live in the society and not be made fun of he will have to follow its rules, no matter how absurd they are. The message that is sent across is that to derive benefits from a society one has to paint oneself with its colors. So, he learns to live in it and ridicule it which is amusing and at times thought provoking, but his questioning is just what it is- an innocent and dewy eyed response to what he sees around. One of the most assertive arguments he gives time and again in the movie is that of a lack of proof with respect to religious discrimination. ‘Thappa kaha hai?’ he asks, but this question is almost ridiculous in its naiveté as other forms of social discrimination in the country rest solely on these physical proofs ‘thappa’ of differences, like – regionalism, racism, sexism. The movie in this manner tries to evade a deeper understanding of the issues it seeks to address and tries to satisfy the audience with either amusing or emotional resolutions without delving deeper into its dynamics to disrupt it. PK does nothing to really question the structure and seems like an alien tutorial on how to meander one’s way out of the structures on the earth. He asks people to believe in their own God and not the Gods created by others but does not acknowledge that choice is a heavily loaded word in a society so deeply entrenched in specific definitions of God. 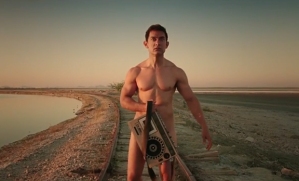 Rajkumar Hirani also makes a conscious attempt to sanitize the religious debate by keeping it strictly a-political. The only person PK has to argue with is the Tapasvi who is the only major figure in the movie with a vested interest in religion. There is not a single politician who tries to take advantage of the situation, a highly unlikely scenario when it comes to a country like India. Even Jaggu’s memoir about PK does not ask any of the questions that PK does not. The memoir becomes solely about a teary- eyed farewell to a child-like alien, with no contemplation upon the questions that the movie raises in the beginning. PK resigns to the structure to some extent which can still be justified because he is from outside and can’t wish to disrupt it, but Jaggu also refrains from being sufficiently vocal about it and writes a book that becomes an emotional narrative about PK.

The movie raises exactly the kind of questions that Rajkumar Hirani wishes to answer, questions that can tickle the funny bone, overwhelm emotionally and leave the viewer wondering about their own position in the structure rather than the structure itself, creating an apolitical drama with human ties and love at the center of its universe. It is like the commentary of a child which amuses and intrigues but does not have a purpose beyond the resolution of the immediate problem. In the beginning of the movie Boman Irani comments ‘iss country mein rehna hai toh religion se mat  uljho’- If you want to survive in this country, do not meddle with religion, and PK by the end of the movie says in a similar vein ‘aur kauno mile aur bole ki wo bhagwan se tumhara contact karwa sakta hai toh research gayi bhaad mein gaya research, u-turn marna aur full speed mein bhagna’- If someone tells you that they can help you contact God, just drop the research, take a u-turn and run at full speed. These comes off not as clarion calls to destruct oppressive structures but as ways to eliminate their presence in one’s own life. It is a message conveniently mellow and sufficiently banal serving the director’s purpose of creating a movie for the masses that cleverly escapes everything disturbing.